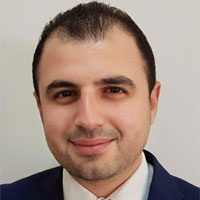 I have been working for more than ten years in operations management and continuous improvement using several approaches including Lean and Six Sigma.

I started my career as process engineer at Shorouk Press where I had different operations assignments in Production, Quality and Planning. Along with those assignments, after conducting small Kaizen projects, I have been selected as Lean Implementation Project Leader. Through the 4 years at Shorouk, I participated in several projects to improve critical KPIs such as OEE, OTIF, RFT, etc.

After that, I moved to Kohler Co. in 2013 as senior process engineer, responsible for assembly area. I conducted a complete area renovation project where we reviewed material flow, assembly lines and some activities aiming at adopting 5S concepts. Also, I participated in cost saving committee where we were able to achieve 1+ million saving.

Then, I joined Halwani Brothers in 2015 as Continuous Improvement Section Head. After forming a steering committee, I formed a cross-function "Kaizen" Team and started implementation in a pilot factory of the five. We successfully implemented 5S and VM concepts along with several improvement and cost-saving projects such as energy saving and SMED project to minimize change-over time.

After that, I worked as Process Improvement Section Head at CPG-Americana Egypt starting July 2017 as I worked on several operational excellence projects such as BPR as well as technical processes improvement. I implemented these projects through a Steering Committee and Kaizen team(s). In 2018, I joined Kaizen Institute as Senior Consultant as I participated in and led several continuous improvement projects using Lean/Kaizen methodologies. Currently I am working as Business Excellence Manager at Almarai Company, a leading Food Industry company in the middle east.

Parallel to the professional experience, my graduation project in 2007 was in implementing Six Sigma in Healthcare. After that, in 2008, I joined the American University in Cairo where I studied MBA and made a research paper on Critical success factors for Lean Implementation in Egypt. Also, I am Certified Lean Six Sigma Black Belt from IASSC.

ARTICLES WRITTEN BY THE TRAINER

Are you sure you want to report?